Greetings all! The days in the *Eternal City continue to be inspiring. 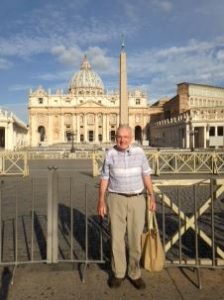 Friday morning began with Mass in the crypt of Saint Peter’s behind the wall of the place where Pope Paul VI was buried (the last Pope I saw in Rome decades ago).  I concelebrated with a newly ordained Jesuit from Dousman, Wisconsin. 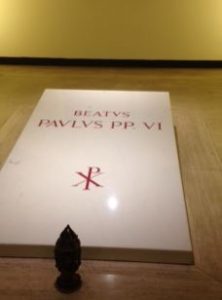 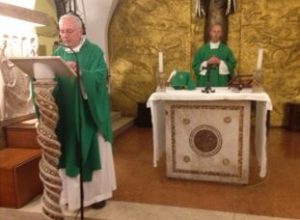 Then we spent the day in two places: first, the **Scavi tour and then the Grand Church itself. 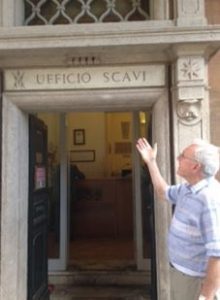 It has always been believed that Saint Peter was buried directly under the altar of Saint Peter’s Church. In the 1930s Pope Pius XII gave permission to do underground excavations.  They discovered the 4th century ruins of the church built by Constantine the Great, and underneath that a pillar of a shrine from about 100 A.D. that was directly above the place where Peter was buried.  Our guide was very knowledgeable and gave us time for prayer at the site of his tomb. 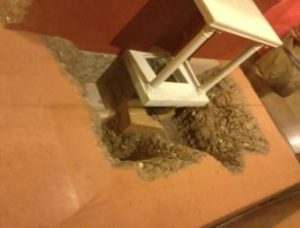 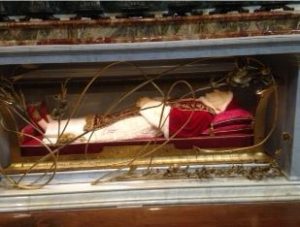 There is so much to see in the Vatican, the largest Catholic Church in the world. Statues of the Saints, especially of St. Peter dominate throughout.  Of course we saw the large altar in which the pope celebrates Mass, most of which are as large as our parish church! 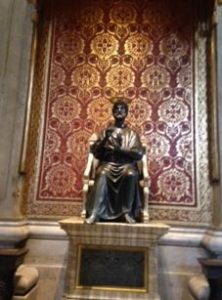 Ah yes, and we did get to walk through the Holy Door of the Jubilee Mercy.  I remembered all of you as I prayed in the church and in the crypt Mass.

*The Eternal City is a nickname famously referring to the city of Rome.
**Scavi: The excavations of the underground necropolis under St. Peter’s Basilica.