I just read an article entitled 5 Reasons the Star Wars Space Ships Don’t Make Any Sense. I followed the author’s arguments against Tie fighters, Star Destroyers and even Snow Speeders, but when he attacked the control systems of X-Wing fighters I had to stop reading.

I have loved X-Wings since I was thirteen years old and first watched Luke Skywalker blow up the Death Star after entrusting control of his X-Wing to the Force. It was the ultimate triumph of good over evil, of faith over fear. Even now I have a Lego X-Wing model perched on a shelf in my office. So if you want to get all logical about the technical specifications of an X-Wing fighter, you’ll have to take your arguments into someone else’s neighborhood. I’m not interested. 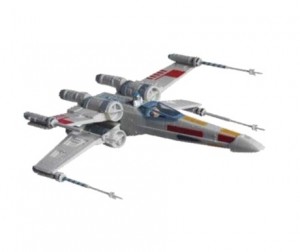 Each year at this time, people also get all technical about Christmas. They’ll write articles challenging the historic validity of the biblical nativity narrative, dispute the science of the star, question the claim of a Roman census and so forth. Are their arguments valid? Maybe. Maybe not. I’m not interested.

We absolutely need to do a better job of discerning the difference between fact and Truth. Here is an example of a scientific fact: the control systems of an X-Wing fighter are not consistent with the physics of space. Here is an example of a Truth: when guided by faith, the forces of good defeat the power of evil. See the difference? Here is another set of examples: fact – Matthew and Luke’s gospels give contradictory accounts of the location of Jesus’ birth; Truth – through the birth of Jesus, the gap between God and humans has been erased and we can all be part of Holy Oneness.

All the good stuff in life, such as love, faith, joy, laughter, mercy, happiness, Christmas and Jedi, are based on Truth, not fact. Now, please understand that I’m a bit of a science nerd. I love the pursuit of knowledge and would never dispute the value of chemistry, physics, math, history, biology and so forth. But I also love the pursuit of wisdom. I’ll soak up all the philosophy and theology I can get. The only time science and faith come into conflict for me is when I confuse facts with Truths. 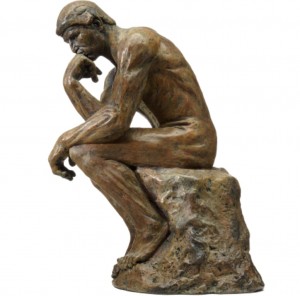 Fact focuses on what we see; Truth focuses on how we see it. Fact leads to knowledge; Truth leads to wisdom. So I’m really not interested in reducing Christmas (or Star Wars) to mere issues of fact. That would really miss the point. The gift of Christmas is the gift of Truth. Soak it up and let it make you wise!