One of our classes was spent examining the Gospel of Mark in the light of the audience to which it was written. Mark wrote his Gospel to the survivors of the great persecution of Nero. Christians were asking themselves what the future was in the light of all the people that had been killed. A fresh reading of the Gospel from this perspective gives a whole new level of appreciation to his passages of suffering and discipleship.  How appropriate for the vision and mission of our parish!

One evening we went to Piazza Venezia and climbed to the upper levels of the Victor Emmanuel monument. We stayed for part of a free choral concert that featured music of Verdi. We then searched out a small street-side café for a delightful evening meal.

After a week and a half of wonderful weather in the lower to mid 80s, the hot reputation of Rome suddenly appeared.  It hit 90 degrees and believe me it was hot as we walked through the city that day.  We first visited the church of Saint Peter in Chains.  This church contains the supposed chains in which Peter was held in prison (cf. Acts of the Apostles).  It also has one of Michelangelo’s more famous statues: that of Moses.  It is a magnificent piece, first intended for the Vatican, but by the time Michelangelo finished it – – after he painted the Sistine Chapel – – there was no room in the Vatican and so it was brought to this church. 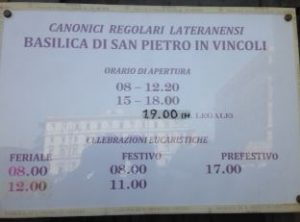 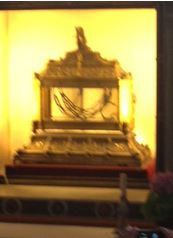 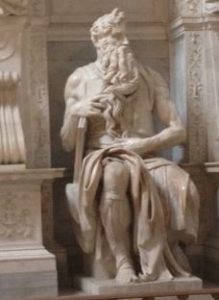 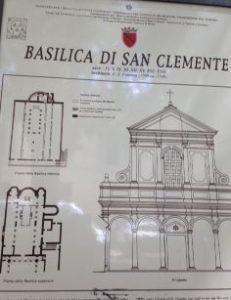 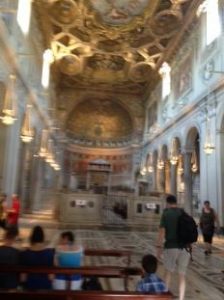 The cult of Mithra was housed in the buildings of this 1st century community.  We were deep under the earth and yet we were told that the pavement we walked on actually was an open street and in one of the homes, a spring of water still surges right outside the home.  Our faith is literally built upon 20 centuries of history!

From there we took a tour of the coliseum, the place where so many people were forced into the games in which bloody murder and torture took place. While there is no external evidence that Christians were martyred there, it can be assumed that among those killed, many had to be Christians for they were considered criminals and outsiders. 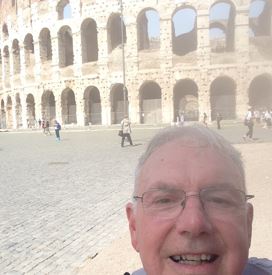 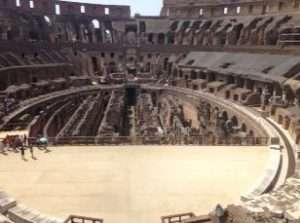