On May 24, 19 children and two teachers were killed by a gunman at Robb Elementary School in Uvalde, Texas. On July 4, seven people were shot dead at an Independence Day parade in Highland Park, Illinois. These were just two of the 356 mass shootings that have taken place so far in 2022. Overall, 24,529 Americans have died at the hands of a gun as of July 21.

In our Catholic faith, the definition of the right to life/dignity of life includes gun violence. We are called to see it as a faith issue; a pro-life issue. It can be an uncomfortable topic to approach, but our faith, our Pope, and our bishops, challenge us to go to places that are uncomfortable such as abortion, climate change, poverty, and now gun violence.

On June 3, the United States Conference of Catholic Bishops (USCCB) calling on the federal government to pass common-sense laws to reduce the number of people who are senselessly killed each year, included the following statement in a letter sent to members of Congress:

Pope Francis has warned many times that we live “in a world marked by a ‘globalization of indifference’ which makes us slowly inured to the suffering of others and closed in on ourselves.” As he had also said, in his address to a joint meeting of the U.S. Congress in 2015, “Here we have to ask ourselves: Why are deadly weapons being sold to those who plan to inflict untold suffering on individuals and society? Sadly, the answer, as we all know, is simply for money: money that is drenched in blood, often innocent blood.” In the ten years since the massacre of children at Sandy Hook, very little has been done by Congress to regulate these weapons and prevent another catastrophe. We urgently call on members of Congress to work together in a bipartisan fashion to make these horrific attacks less likely to happen again. 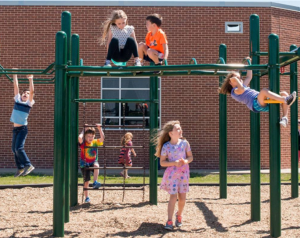 As most of us know, when it comes to gun violence, the United States is an outlier among the world’s industrialized countries. The United Kingdom has a much stricter set of gun policies, and only 33 people were killed with a gun in 2019. In Japan – where one must attend a class, pass written and shooting accuracy tests, pass a mental health evaluation, and pass a background check – only about ten people die by guns each year.

One major reason that the United States has lagged behind the rest of the world in preventing gun violence is the Second Amendment.  Our country is one of just three that has the right to bear arms in its constitution; the other two are Mexico and Guatemala. Although the U.S. Supreme Court has long established that the right to bear arms is only found within the context of a “well regulated militia,” two landmark cases in the past 15 years have recognized an individual’s right to own a gun regardless of the reason. These decisions have opened the floodgates for even stronger gun rights in this country.

However, the American people can still insist on laws that will reduce gun violence because our constitutional rights are not absolute. For example, our freedom of speech does not entitle one to yell “Fire!” in a crowded theater. The freedom of press does not allow one to harm another’s reputation if the author knows that what they are writing is false. And one may not appease the gods by throwing maidens into a volcano and claiming one’s freedom of religion as a defense. Even conservative Justice Antonin Scalia, writing in the majority opinion of one of the landmark gun rights cases in 2008, admitted that the Court’s ruling should leave untouched many longstanding prohibitions on the use of guns.

Following the Uvalde massacre, Cardinal Blase J. Cupich, Archbishop of Chicago, said this about how Catholics should weigh gun laws and the constitutional right to bear arms:

As I reflect on this latest American massacre, I keep returning to the questions: Who are we as a nation if we do not act to protect our children?  The right to bear arms will never be more important than human life. Our children have rights too. And our elected officials have a moral duty to protect them.

What kinds of policies does the USCCB support to save lives?  Here are a few:

▪ A total ban on assault weapons

▪ Limitations on civilian access to high-capacity weapons and ammunition magazines

Please consider writing to your elected officials to support legislation that includes these and other common-sense policies to prevent gun violence. Also, consider this issue when choosing whom to vote for this fall.

The opportunity to hold our government accountable for addressing this crisis is here – a June 2022 NPR/PBS Newshour/Marist poll shows that support for gun legislation is the highest it’s been in a decade. As compassionate Catholics, let us heed the call from Pope Francis and our bishops and demand this accountability now. 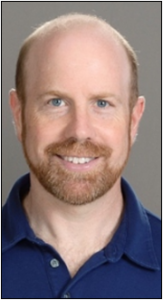